EsoGuard is a laboratory-developed test that analyzes 31 methylated biomarkers and demonstrated over 90% specificity and 90% sensitivity in identifying Barrett’s Esophagus in a 408 patient NIH-sponsored clinical trial, published in Science Translational Medicine.

Barrett’s Esophagus (BE) is an abnormal change in the cellular composition of the esophagus whereby the normal squamous lining changes under the influence of gastric reflux to a glandular intestinal metaplastic mucosa. This change increases the risk of affected individuals developing esophageal adenocarcinoma (EAC). BE is the only established precursor lesion of EAC. The incidence of EAC is growing faster than any other cancer in the US — with a dismal five-year survival rate of <20%. Most individuals with BE are unaware that they have BE and thus are unaware of their risk of developing EAC. ​

EsoGuard uses next-generation sequencing of bisulfate converted DNA to detect the presence of Vimentin and CyclinA1 methylation signatures [mVIM and mCCNA1] at 31 sites within those genes, reliably identifying individuals with Barrett’s Esophagus (BE).

In a recent landmark Science Translational Medicine publication, Moinova et al compared esophageal brushings tested with EsoGuard, with esophageal tissue biopsies, evaluated with conventional histopathology in 322 patients with and without BE. EsoGuard was shown to have greater than 90% specificity and sensitivity at detecting non-dysplatic BE in these patients. 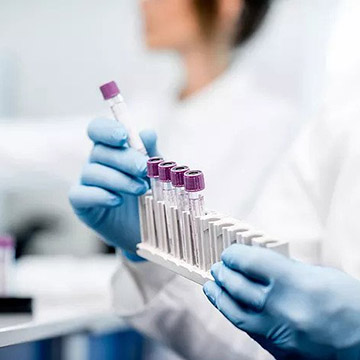